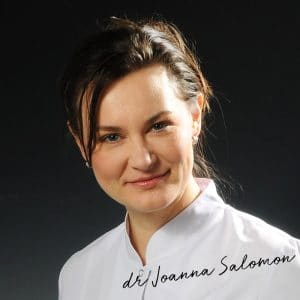 She graduated from Medical University in Wroclaw. Between 2001 and 2019 she worked in a Dpt of Dermatology, Venereology and Allergology, not only as a dermatologist but also as an academic teacher. She was teaching dermatology to Polish and English speaking students and worked also as a teaching adjunct for English-speaking students.

In 2005 she defended PhD on the aspects of pathogenesis of atopic dermatitis, one of the most common dermatological allergic diseases. In 2019 she became an associate professor.

The author of numerous publications in Polish and international medical journals in such areas as: atopic dermatitis, skin cancer, seborrheic dermatitis, psychodermatology, psoriasis and many others. The author and co-author of books and textbook chapters. The participant of numerous dermatological conferences. She constantly deepens her knowledge on trainings and specialist courses. She is certified for all performed treatments. 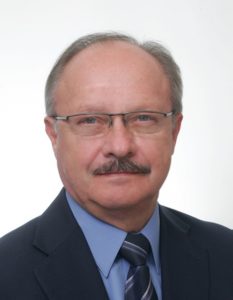 Dr Dabek began his professional career in 1980 at the Institute of Obstetrics and Women’s Diseases of the State Clinical Hospital No. 1 in Lublin, where he obtained his second degree of specialisation and defended his doctoral thesis as a Consultant.

In 1990 he went to Africa. For the first two years he worked as a Consultant in Gynaecology and Obstetrics in two hospitals in Luanshyi, in the north of Zambia, when he then moved to Botswana, where he worked as a Specialist at Princess Marina Referral Hospital in the capital of Gaboron as a Team Leader sponsored by the UNICEF program “Safemotherhood”, he trained doctors and midwives in the treatment of perinatal complications.

In 1996 he returned to Poland. While working at the Department of Family Medicine at the Medical Academy in Lublin, he simultaneously cooperated with the Reproductive Clinic.

Dr Dabek then gained further experience whilst working at Caithness General Hospital in Scotland and Blackpool Victoria Hospital in England.

From 2008 to 2012 he then began working in Spain. La Real Fundaccion Hospital de la Reina in Ponferrada, the province of Castilla Leon where he ran the Department of Gynaecology and Obstetrics.

Due to the bad economic situation in Spain, he was forced to leave. He returned to Poland and as in Ponferrad, organised and managed the Department of Gynaecology and Obstetrics in Opole Lubelskie for 3 years.

He has been working in hospitals in Great Britain since January 2015.

Dr Wojciech Gziut is a graduate of the Faculty of Medicine at the Medical University of prof. F. Skubiszewski in Lublin – also there he obtained a specialization in paediatrics in 1978. He is a doctor with over 40 years of experience. Dr Wojciech Gziut started his professional career in south-eastern Poland, where the existing staff shortages allowed young doctors to advance quickly in health care (assistant of the children’s ward, head of the newborn ward, head of the Rehabilitation Clinic for Disabled People).

Dr. Gziut’s guiding idea in professional activity was to look for the real causes of diseases and mechanisms that are responsible for subsequent stages of the disease in a given patient. This search led to Traditional Chinese Medicine courses at the Acupuncture Institute of prof. Garnuszewski in Warsaw (1992) and Environmental Medicine courses led by the American Academy of Environmental Medicine (Dallas 1993 and Kansas City 1994). Dr. Gziut completed a 3-year internship at the Dr. Josef Krop Chronic and Civilization Diseases Clinic in Mississauga (Ontario, Canada). For many years, Dr Gziut has been interested in modern bio-information medicine (1997 – Frisenheim, Germany), as well as modern, scientific medical herbal medicine – which is experiencing a renaissance in the countries of Europe and the USA.

For many years, Doctor Wojciech has been an active member of the Phytotherapy Section of the Polish Medical Association and the British Association of Ecological Medicine (BSEM). The experience gained in the chat of many years of work helps the doctor help many patients with various chronic diseases using pharmaceutical drugs, herbal mixtures, diets, recommendations for lifestyle changes. 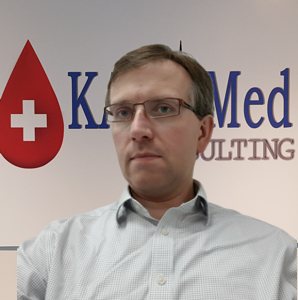 A Graduate of the Faculty of Medicine at the Medical University of Ludwik Rydygier in Bydgoszcz.

Dr Matusiak has been working as a doctor since 2001. In 2008, he completed GP specialisation training, obtaining the title of specialist in the field of Family Medicine.

From 2007 to 2012, he worked as an assistant in the Department of Pharmacology and Therapy at the Collegium Medicum. Ludwik Rydygier University of Nicolaus Copernicus in Toruń. As part of scientific projects carried out at the Department of Pharmacology, he was involved in research on factors modulating the responsiveness of arterial smooth muscle with particular emphasis on the role of calcium ions, nitric oxide, endothelin 1, cyclic nucleotides, and the effects of hypoxia and reperfusion on receptor and non-receptor vascular resistance regulation. In the field of these issues, he is a co-author of three publications and several scientific reports presented in medical journals and during numerous domestic and foreign pharmacological conferences.

In April 2012, after defending his doctoral dissertation entitled “The effect of celecoxib on endothelial and non-endothelial vasodilatatory pathways of the mesenteric artery shrunk by endothelin 1”, he obtained the title of Doctor of Medical Sciences.

Any cookies that may not be particularly necessary for the website to function and is used specifically to collect user personal data via analytics, ads, other embedded contents are termed as non-necessary cookies. It is mandatory to procure user consent prior to running these cookies on your website.